Clifford L. Alexander Jr., a Harlem-raised, Ivy League-educated lawyer who was a crusading chairman of the Equal Employment Opportunity Commission in the late 1960s and later served as the first Black secretary of the Army, died July 3 at his home in Manhattan. He was...

The Hanover NAACP is asking the county board of supervisors to reconsider the appointment of school board members who the organization says have made comments and taken actions opposed to the school division’s goals and mission....

Hundreds of community members joined in the Juneteenth festivities on Sunday, June 19 at a day-long bash presented by Hanover NAACP and the Town of Ashland....

Brown Grove in Hanover County is now on Virginia’s register of historic places, but its inclusion is unlikely to prevent the development of a Wegmans distribution center there....

The Supreme Court of Virginia will hear an appeal of two lower court rulings that found that residents living near a massive planned Wegmans distribution center project in Hanover didn’t have standing to challenge local officials’ approval of the project....

HANOVER (November 9, 2021) – The NAACP is stunned by the 4-3 decision tonight as the Hanover School Board blatantly disregarded the advice of their own legal counsel with a decision that discriminates against our transgender youth. Board Members Axselle, Ikenberry,...

VPM 11/1/21: National and state fights over racial equity in public schools are playing out in Hanover

The country’s political divide has been on clear display at school board meetings across the country all summer and this fall. That’s true too in Virginia, where education has taken central stage in the gubernatorial race.

Republican gubernatorial candidate Glenn Youngkin has latched onto the heated debates, falsely stating that CRT has moved into all Virginia schools and jumping on one of his opponents, Democrat Terry McAuliffe, for saying parents shouldn’t “be telling schools what they should teach.”

The dialogue about what say — if any — parents should have when it comes to what their kids are learning in schools has been at the center of much of the debate. One Youngkin campaign video features a Loudoun County parent who was upset over a book her high school senior was reading in an advanced placement literature class, Toni Morrison’s “Beloved.”

Loudoun County also made national headlines as a bitter fight unfolded over racism in the school district. In Central Virginia, similar fights are playing out in Hanover County. 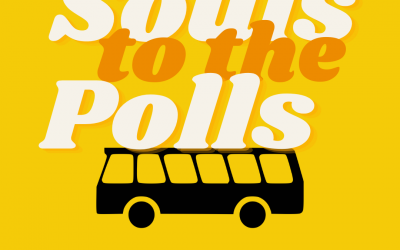 "Souls to the Polls" is a Hanover NAACP initiative to acknowledge the struggles our ancestors encountered with access to voting. By working with Hanover Registrar’s Office and local faith-based community partners, we have coordinated an early voting opportunity on... 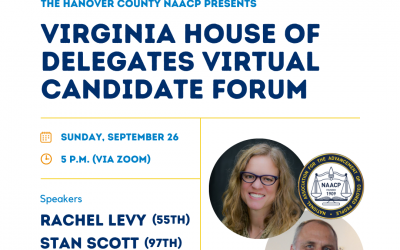