The Story of the Hanover County NAACP

Serving the community since 1946

The idea of establishing a branch of the National Association for the Advancement of Colored People was born in the minds of the late Deacon Ernest E. Roane and Deacon William R. Claytor. Their dream was for Hanover County to have an organization dedicated to the principles of equality and justice for all People. Their dream became a reality on September 29, 1946. The Hanover Branch of the NAACP was organized at the First Union Baptist Church in Mechanicsville, VA. 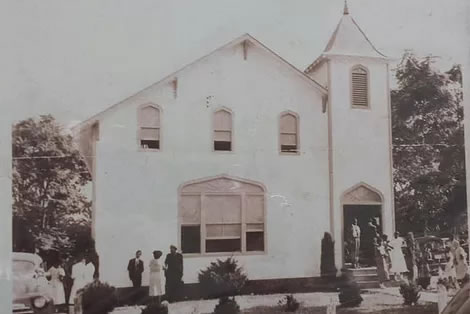 History of Leaders in the Hanover County NAAP

The Hanover Branch was chartered by the late Dr. J.M. Tinsley, first President of the Virginia State Conference. The objectives of the branch were in accordance with the constitution of the State Conference and the National Association.

The Organization grew rapidly. The Hanover branch joined the Richmond branch to break down discrimination at the Thalhimers store after the landmark 1954 Supreme Court case Brown v Board of Education. Hanover also contributed financially to help relieve the deplorable conditions in the Mississippi Delta area.

Mr. Ralph Anderson was elected President (1956-1962) Under the leadership of Mr. Anderson, the Membership and Freedom Fund and Youth committees were organized. Mr. T.B. Carter became the Youth Senior Advisor. Mr. Anderson served as Political Action Chairman for 34 years. He was also a member of the state Board of Directors for the Virginia state conference of the NAACP.

Rev. Milford W. Walker was elected President (1962-1992) Rev. Walker was very responsive to the needs of social justice. Many Life Membership awards, plaques and certificates were received during this term. All Legal Redress complaints were investigated. He participated in marches, rallies, and t he Virginia General Assembly Lobby Day. Rev. Walker served two terms as President of the Virginia state conference of the NAACP, he was a member of the State Board of Directors and Chairman of the Region IV branches. Other officers serving with Mr. Walker were Mr. W.H. Thompson (Vice President), Ms. Jane Tate and Mrs. Nellie Winston (Secretaries), Mrs. Elizabeth Robinson served for many years as assistant secretary. Mr. W.R. Claytor, Mr. George Howard, and Mr. W.G. Robinson served as Treasurers. Mr. Robinson served as Membership Chairman for 32 years. Mrs. Paige Anderson served as Life Membership Chairman for over 30 years. Mrs. Edmonia Iverson served as Assistant Life Membership Chairman for six years. On September 5, 1963 the first Black students were enrolled at the all-white, segregated Lee Davis High School. The students were Arlene Thompson, Harriett Thompson, Blanche Holmes, and Jackie Holmes.